We have chosen to solve a problem that everyone of all ages faces when using their phones constantly every day, especially during the early hours of the morning and until late hours of the evening. It is the constant bad posture of sitting while staring at the phone screens. This led to a design opportunity of creating a ‘neck supporter’ to support the neck whilst the user is staring at the phone. It makes sure that users are maintaining a better posture rather than straining their necks for long periods of time which can lead to potential long term damage to the neck and spine.

The main idea of this product is that when people want to use their phone/digital device, the product can allow to maintain them a better posture while ensuring that their neck and back feel high level of comfort that it doesn’t feel like a burden maintaining an upright posture. The purpose of this product is to minimize the risk of any potential damage that could arise for people who constantly strain their necks as it could lead to irreversible structural changes in the neck. This is especially true in such as today’s world where technology is being developed at a rapid pace. Regardless of whatever age, this supporter can help resolve any potential long term damage for those users who constantly like to stare at their digital device all day. 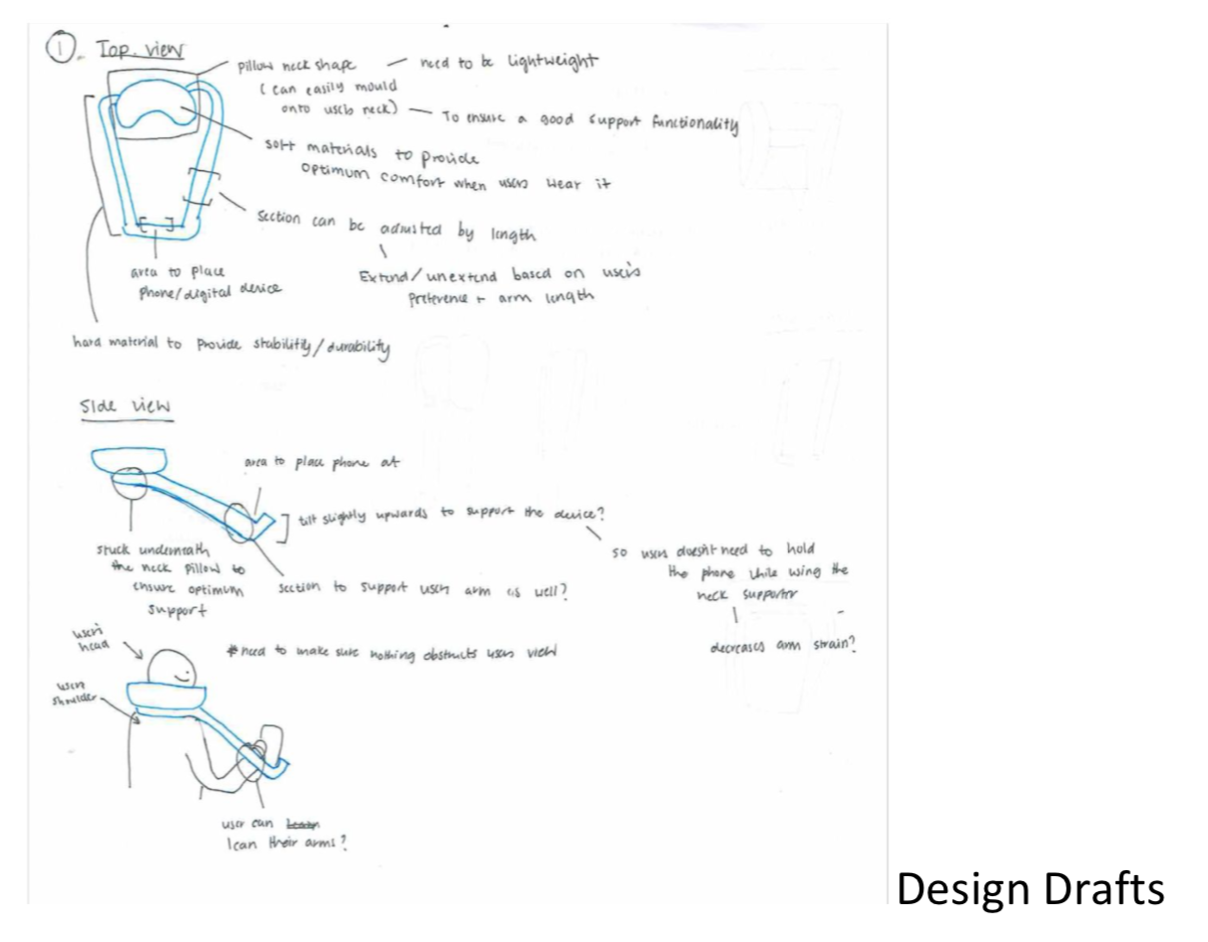 (Technologies and tools you used to produce the product

○ The use of CAD software to create 3D computational models were used to model out the functions and the appearance of the device. Sizes and dimensions were tested out by using a low fidelity model to roughly test out the functionality and its outcome. By printing some components of the model at a smaller scale using the 3D printer, we are able to test out whether our ideas are feasible to be implemented for the target audience.

○ In order to detect whether the user is having an upright posture when using their electronic device, the Arduino is secured around the neck pillow which was coded to make an alert sound. With the sound, it inputs a reminder for the user to correct their posture. The Arduino device would also display an array of colors in sync with the alert sound for visual preferences. It could also enable others to remind the user of the notifying signal if users happen to have a hearing deficiency or are occupied at the moment.

○ After measuring out the size of the components, the PVC pipe is sectioned into individual parts before being pieced together with secured joints.

○ A big piece of fabric was selected before stuffed with cotton wool to make it soft and comfortable. Edges of the fabric were sewed using the sewing machine to create the shape of the neck pillow.

(Demonstration of working principle and functions介紹工作原理和產品功能) 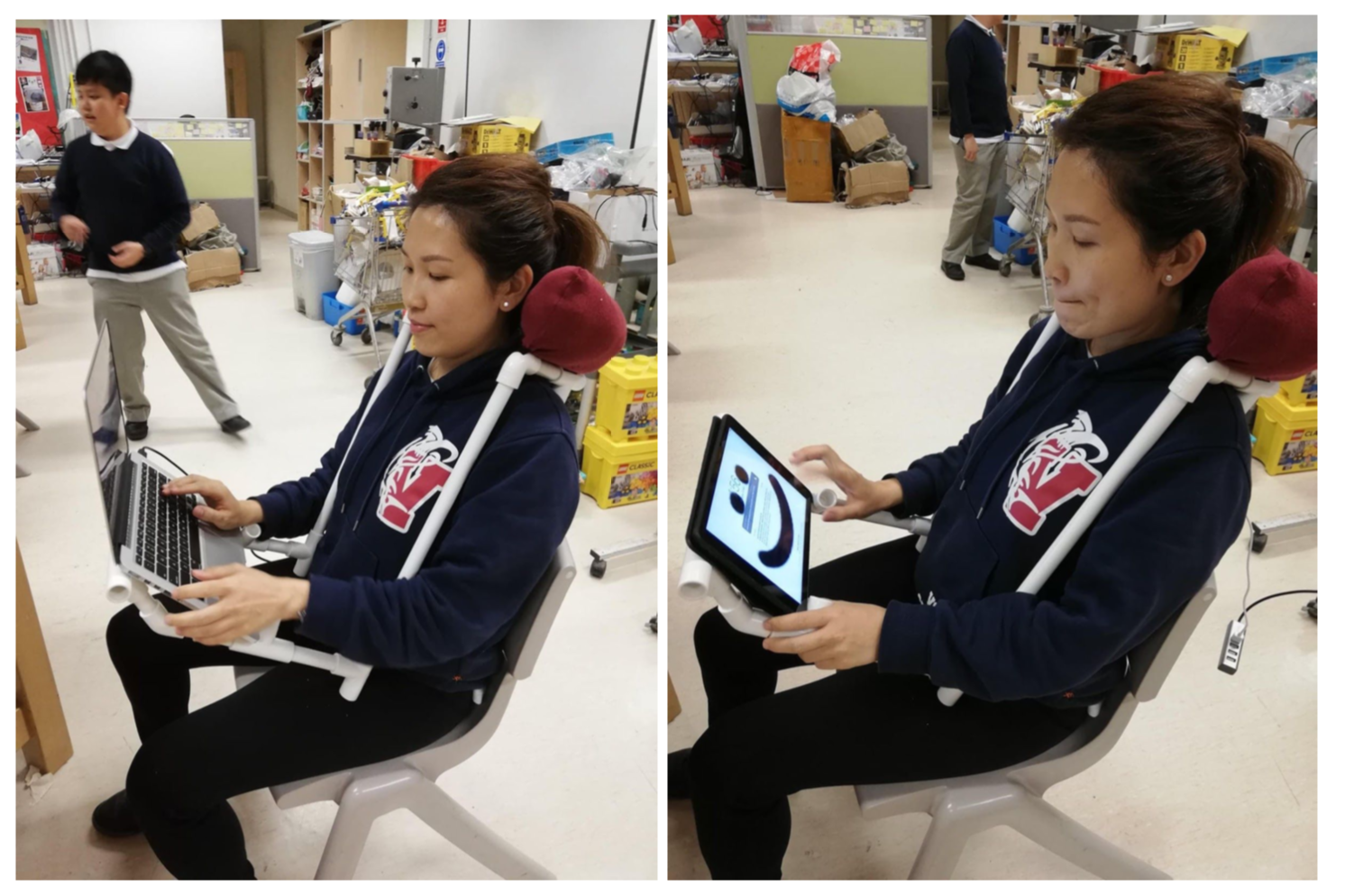 Armrest on both sides of the user - for users to rest their arms in a comfortable posture while using their devices.

Adjustable equal tee fitting placed along the armrest - allows users to adjust and secure the device depending on its size.

Wireless charger: a phone holder that can turn 360 degrees can be clasped onto the horizontal pipe in front of the user. It can sense the presences of the phone so it automatically adjusts its size to hold a phone. 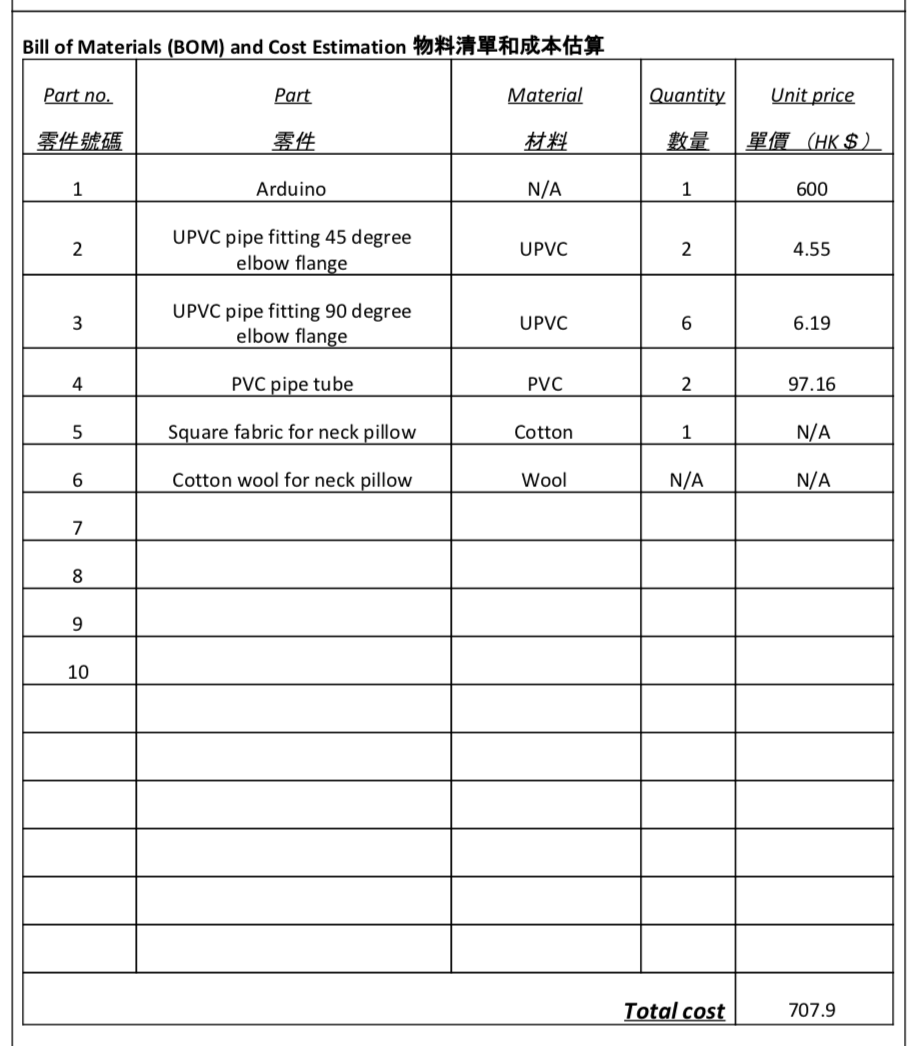 Our device solves the common problem of people maintaining a bad posture and straining their necks when using their electronic devices, reading or studying. By enhancing the comfort capacity made available through this device, this device allows users to continue using their electronic device while maintaining a correct posture which is beneficial for their health in the long term. The distance between the neck pillow and the platform for holding the device is adjustable so people for all heights can adjust the product to their preferences and suit their needs.

Not only is this device compatible with various types of device, a certain distance is implemented between the user and the device itself so that it also promotes a healthy distance between the user's eyes and the electronic device. This could help lower the risk of developing nearsighted symptoms that is also fatal in the long term.

Our product spreads out the weight along the shoulders and the platform board as the users sit down to use their electronics. Putting the platform at a 45-degree angle helps to ensure that the electronic device is still accessible for the user. Overall, the easily adjustable features of our product, and its ability to help the user maintain a healthy posture in a comfortable manner really helps to protect their necks from straining during prolonged use of technology devices. 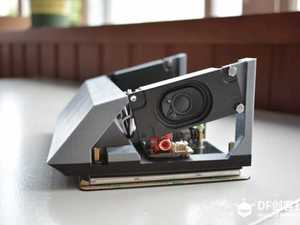 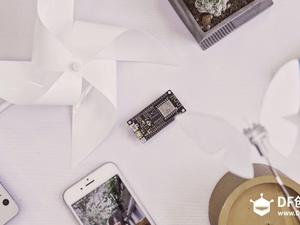 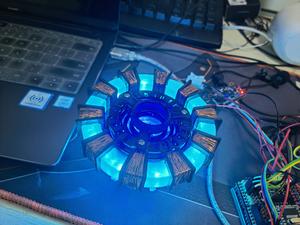